The Joint Research Institute of AudioNeuroTechnology (VIANNA) of the Medical University Hannover (MHH) investigates possibilites of artificial stimulation of nervous tissue focused on the auditory system. The research topics include basic research on hearing loss and its consequences for the brain, as well as development of new stimulation strategies (prosthetic devices) in the peripheral and central nervous system. We work on improvements of cochlear implants using pulsed laser light, using biohybrid techniques, but we also focus on implantable prostheses in the middle ear and experiment with nanomaterials for stimulation purposes and test different techniques for delivering drugs into the inner ear. Furthermore, we explore how the brain adapts to hearing loss, particularly congenital deafness, and how neuroplasticity can be used for the optimal adaptation to prosthetic hearing.

In collaboration with several industrial partners we help to develop and test new stimulation strategies and new prototypes of auditory prostheses.

The institute was established in 2009, funded by the State of Lower Saxony. Prof. A. Kral was appointed Chaired Professor of Auditory Neuroscience and the scientific director of the Institute in August 2009, Prof. T. Lenarz, the chair of the Dept. of Otolaryngology, heads the translational activities of the institute.

The institute was officially opened by the Ministry of Education of Lower Saxony, Prof. J. Wanka, and the president of the MHH, Prof. D. Bitter-Suermann, on January 17, 2011. Since then the institute hosted many scientists from all continents, attracted funding from many prestigeous agencies and expanded both its research scope and its infrastracture. It moved to a newly-constructed building of the MHH (“NIFE”) in spring 2016.

The institute is a funding part of the DFG Cluster of Excellence "Hearing4All" with PIs T. Doll, A. Kral, Th. Lenarz, H. Maier, O. Majdani and A. Warnecke. We are part of several structured graduation programms, including the PhD Programm Auditory Sciences of the HBRS.

Movie about the Institute (in German) 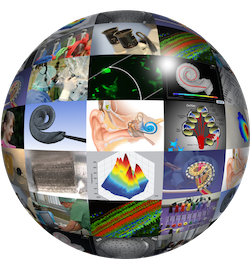 About The VIANNA research team